Introduction
Tara has 21 primary emanations which perform different activities such as paci­fication, increase and so forth. The different colors of these 21 Taras correspond to the 4 different types of enlightened activity:
Tara is the female Buddha of Enlightened Activity (Tib: trinley., of which there are 4 types: pacifying, increasing, overpowering and wrathful. Each of these is repre­sented by a different color:
White represents the Enlightened activity of pacifying, for example overcom­ing sickness, causes of untimely death and obstacles to success in one’s life or one’s practice.
Yellow represents the Enlightened activity of increasing the positive quali­ties conducive to a long life, peace, happiness and success in one’s Dharma practice.
Red represents the Enlightened activity of power, or overpowering external forces that cannot be tamed through the first two activities, for example, removing obstacles to sickness, untimely death, etc., and forcefully accumulat­ing conducive conditions for one’s Dharma practice.
Black represents the Enlightened activity of wrath, which involves using force­ful methods for accomplishing activities for Enlightened purposes that cannot be accomplished through other means.
Visualization
The main (green) Tara is seated upon a lotus arising from the waters of a lake, just as Tara is said to have arisen from the compassionate tears of Avalokiteshvara. Her right hand is in the mudra of supreme generosity indicating her ability to pro­vide beings with whatever they desire. Her left hand at her heart is in the mudra of bestowing refuge: her thumb and ring finger are pressed together to symbolise the united practice of method and wisdom, and the three remaining fingers are raised to symbolise the Three Jewels of Refuge – Buddha, Dharma and Sangha. In each hand she holds the stem of a blue utpala flower. Each flower consists of three blos­soms indicating that Tara, the embodiment of enlightened activities, is the Mother of the Buddhas of the past, present and future.
Tara is dressed in the silken robes of royalty. She wears rainbow colored stockings, a white half-blouse and various jeweled ornaments. These symbolise her mastery of the perfections of generosity, morality and so forth. The tiara fastened
in her black hair is adorned with jewels, the central one is a red ruby symbolic of Amitabha, her spiritual father and the head of her Buddha family.
She is seated in a distinctive posture, her left leg withdrawn to symbolise her renunciation of worldly passion and her right leg extended to show that she is always ready to arise and come to the aid of those who need her help.
With a warm compassionate gaze she looks down upon each sentient being as a mother regards her only child. Her emerald-green color — related to the wind element and hence to movement — signifies her ability to act swiftly and with­out delay to bring benefits to sentient beings.All 21 Taras have one face and two hands: in their right hands, upon the palm of their gift-bestowing gestures, they hold the flasks that accomplish their various active functions, and with their left hands they hold a lotus flower. They are seated with their right feet extended and their left drawn up, on thrones of lotus and moon, adorned with silks and all pre­cious ornaments, radiating forth measureless light, and surrounded on all sides by countless hosts of Buddhas, Bodhisattvas, high patron deities, dakinis, and protec­tors of the Law.

Around the main (green) Tara who sits on a moon cushion on top of a multicolored lotus each of the 21 Taras sits on a lotus petal, going counterclockwise from the front.
All 21 Taras have one face and two hands: in their right hands, upon the palm of their gift-bestowing gestures, they hold the flasks that accomplish their various active functions, and with their left hands they hold a lotus flower. They are seated with their right feet extended and their left drawn up, on thrones of lotus and moon, adorned with silks and all precious ornaments, radiating forth measureless light, and surrounded on all sides by countless hosts of Buddhas, Bodhisattvas, high patron deities, dakinis, and protectors of the Law.

5. HUNG DRADROGMA – She Who Proclaims the Sound of HUM
The Tara crying the sound of HUM who subjugates and summons with the gesture of wisdom, her body colored red-yellow, holding the red flask that ravishes.
OM TARE TUTTARE TURE SHTRI AKARSHAYA HRIH SVAHA

7. SHEN JOM-MA – She Who Conquers Others
The Tara defeating others, who averts the magic mantras of others, her body colored black, holding the black flask that averts magic mantras.
OM TARE TUTTARE TURE SARVA VIDYA ARARA VARANAYA SVAHA

9. JIGPA KUNKYOB (MA. – She Who Protects from All Fears
The Tara whose gesture symbolizes the Three Jewels, who protects from all terrors, holding the white flask that defeats all terrors.
OM TARE TUTTARE TURE MAM UPAKRAMA RAKSHA RAKSHA SVAHA

10. DUDANG JIGTEN WANGDU DEMA – She Who Brings Maras and the World Under Her Power
The Tara who tames all maras and obstructions, her body colored red, holding the red flask that defeats mara demons.
OM TARE TUTTARE TURE SARVA MARA PRA­MARDHANI SVAHA

12. TRASHI TAMCHE JINMA – She Who Grants All That is Auspicious
The Tara who grants all good fortune, her body the color of gold, holding the white flask of good fortune.
OM TARE TUTTARE TURE MANGALAM SVAHA

13. METAR BARMA – She Who Blazes Like Fire
The Tara who defeats hindering demons and obstacles, her body colored red and blazing like fire, holding the red flask that protects from obstacles.
OM TARE TUTTARE TURE BHAYA BHASMIM KURU SVAHA

16. RIGPA HUNGLE DROLMA – Tara Who Arises from the Hung of Intrinsic Awareness
The Tara victorious over the contentions of others, who increases one’s intelligence, her body colored red, hold­ing the red-yellow flask that increases wisdom.
OM TARE TUTTARE TURE SARVA DHARMAH PRATI-PARISHODHAYA SVAHA

18. DUGSELMA – She Who Neutralizes Poison
The Tara pacifying the poison of the naga serpents, who dispels it, her body colored white, holding the white flask that dispels poison and disease.
OM TARE TUTTARE TURE NAGA VISHA SHAN­TIM KURU SVAHA 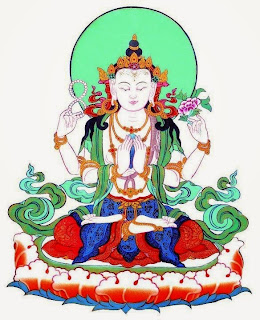 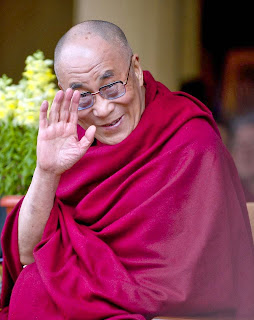 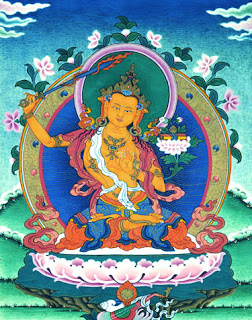